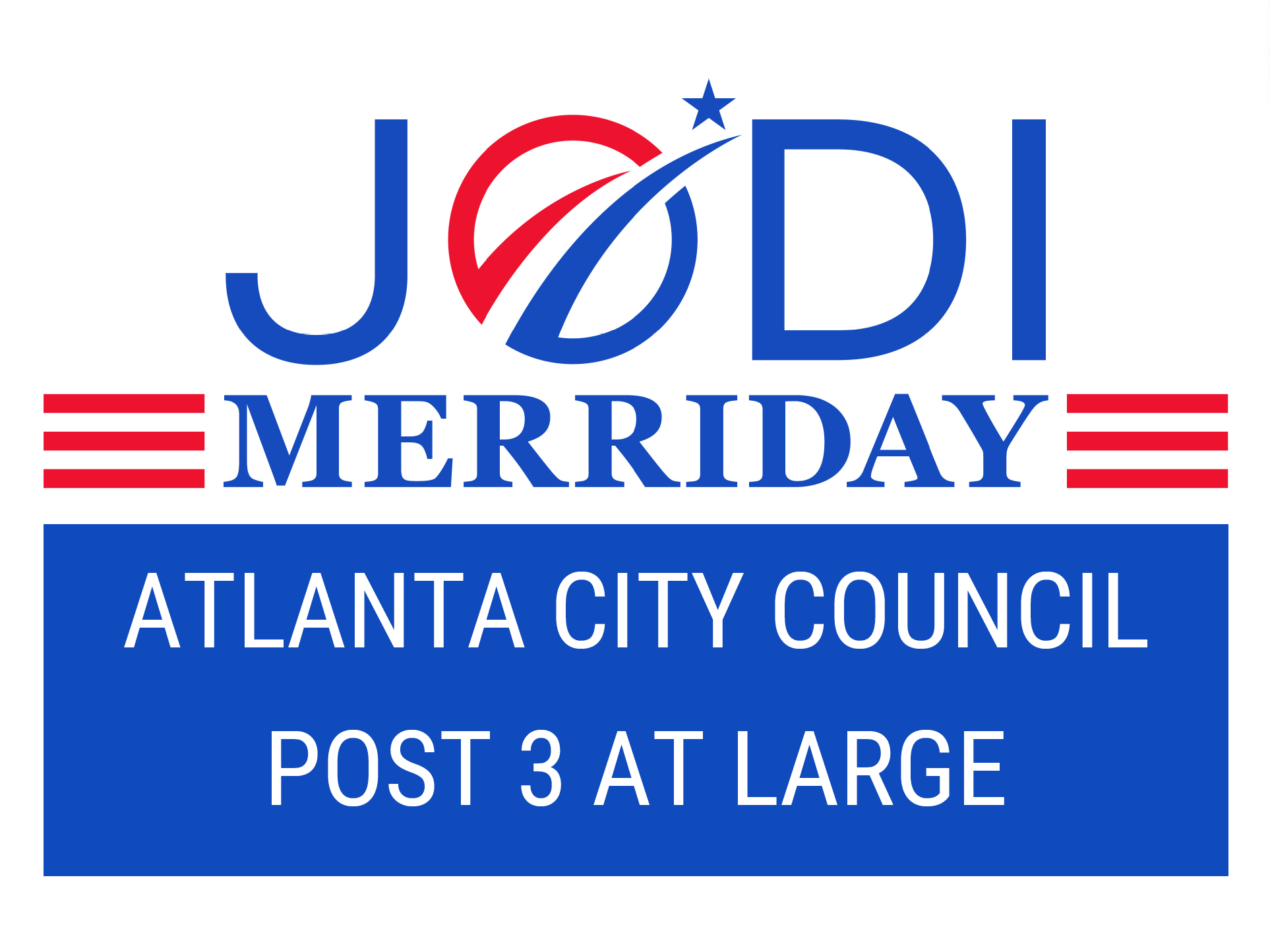 My name is Jodi Merriday (affectionately called Dr. Jodi). My vision for Atlanta is that we put people first in safe neighborhoods, schools, and streets with robust business expansion, jobs, unified transit, and a vibrant arts and entertainment culture. I was born in Atlanta, and rode the bus from Southwest to Northwest Atlanta to achieve the dream of Dr. King. I attended Warren T. Jackson Elementary, Sutton Middle, and Frederick Douglass High schools. By the age of 15, I had a work permit, worked at Six Flags and Wendy’s. After graduating high school, I attended Hampton University in the fall of 1989. Helping to realize this dream came from attending Atlanta Public Schools’ annual Dream Jamboree—where all APS students had a chance to explore colleges and apply to them on-site.

I explored the world after Hampton because that’s what Atlanta taught me to do. I earned a Master’s from the London School of Economics and Political Science and a Doctorate from Temple University. I have lived in America, Africa, and Europe and can affirmatively say, there’s no place in the world like my home and, “I love Atlanta!”

I have been a public servant all my life. A transformational professional highlight occurred when I established Atlanta Public Schools’ Office of the Ombudsmen following the cheating scandal and provided resolution in over 1,600 incidents of constituent concerns. It was truly fulfilling to be a drum major of impartial justice. I also wrote the grant that led to Atlanta being a recipient of the Cities of Service grant, helped launch City of Atlanta pilot Centers of Hope for youth, and served as Special Assistant to the President of Spelman College’s launch of the Center for Leadership and Civic Engagement.

I am asking for your vote, endorsement, and support. The race for Atlanta City Council Post 3 At-Large is a citywide election, meaning my name will be on every ballot when you vote on November 2. Please lend your support and join me on the campaign trail.